It is our mission to provide friendly, honest, and professional service to those in need.

Mitch’s Bail Bonds is the preferred surety bail provider in the Commonwealth of Pennsylvania. Mitch and his staff take pride in their unparalleled expertise of local bail processes and criminal case management. Let us hold your hand and offer sophisticated, compassionate guidance through this difficult experience.

Mitch has developed and trained a staff of hardworking, knowledgeable and compassionate agents that carry out the fundamental tenets that built Mitch’s Bail Bonds.

Herbert G Mitchell III, Esq., “Mitch” entered the bail business in 2006 while a law student at the University of Pittsburgh. Mitch was encouraged to explore the bail business by his father, a former Pennsylvania magisterial district judge and prosecutor. In analyzing the local market, Mitch found that the industry lacked a transparent professional that could provide sophisticated information to potential clients looking to post bail and acquire guidance in navigating the complex criminal justice system.

In 2007, Mitch graduated law school and passed the Pennsylvania BAR exam. While gaining a vast array of experience in his private law practice, Mitch also worked tirelessly to establish himself as a viable presence in the local bail industry. The constant hustle endeared Mitch, and what was becoming Mitch’s Bail Bonds, to satisfied clients and the courts. After a decade in the industry, Mitch has developed and trained a staff of hardworking, knowledgeable and compassionate agents that carry out the fundamental tenets that built Mitch’s Bail Bonds. The company currently offers its unparalleled service in multiple counties throughout Western and Central Pennsylvania.

In March of 2014, Mitch was elected president of the newly formed Pennsylvania Bail Agents Association. In an effort to preserve the future of the bail industry in PA, he actively facilitated the advancement of landmark bail legislation that heightens standards of professionalism and responsibility for PA agents. In September, 2014, Mitch presented public testimony to the Senate Banking and Insurance Committee regarding this initiative, which was given support of the PA District Attorneys Association and the PA Department of Insurance. After passage in the PA Senate and House, Governor Tom Wolf signed the bill into law in July, 2015. 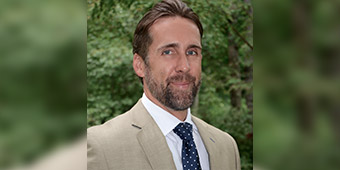 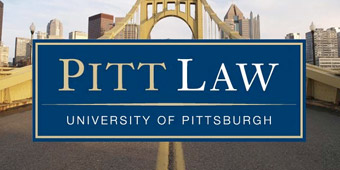 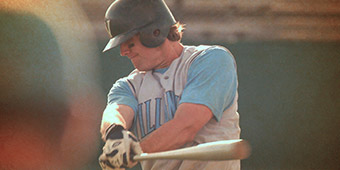 Mitch actively facilitated the advancement of landmark bail legislation that heightens standards of professionalism and responsibility for PA agents.

Through his ongoing advocacy for the industry and leadership with the state association, Mitch has developed professional relationships with a growing network of agents, state and nationwide. This growing network serves to expand the reach of Mitch’s Bail Bonds to better assist current and future clients.

Mitch’s life before bail consisted of a baseball career that led him to Oklahoma State University, and ultimately, to Villanova University where he graduated in 2004 with a B.A. in Communications.

Outside of bail, Mitch is happily married and the proud father of two daughters. He is actively involved in his community’s youth as a sports coach, PTA parent, and team sponsor. Socially, Mitch has taken active roles in crime victim’s affairs, community reintegration efforts for ex-convicts, and community redevelopment initiatives.

Through operation of a bail agency, Mitch has found a vehicle to carry out a personal passion to assist others in need.

Whether meeting our staff at one of our office locations or at a county court or jail, client convenience is a core value of our agency. Mitch’s Bail Bonds is happy to accommodate the specific needs of it’s clientele.

Mitch and his staff take pride in their unparalleled expertise of local bail processes and criminal case management. Providing honest and professional service to those in need, they are the preferred surety bail provider in the Commonwealth of Pennsylvania.

A bail bond is a financial arrangement that a bail bonding agency will make on behalf of a defendant. Our bail bond resource section includes helpful bail bond information, including FAQs, association info and more.